The Cami de Cavalls, literally the ‘path of the horse’, is Menorca’s 186km coastal path. It was reopened in its entirety in 2011 after an investment of around €1.7m of public money.

The first documentary reference to the ‘Cami de Cavallers’ running around the edge of the island dates from 1683, and it is believed that the path was already very old by then. The French, who occupied Menorca between 1756 and ‘63, appear to have developed the road for defence purposes and to connect coastal farms and villages. The Cami de Cavalls became a vital route for the army for the purposes of coastal surveillance well into the last century.

Now hugely popular with walkers, riders and mountain-bikers, the Cami de Cavalls is best tackled in the spring or autumn, and is split into 20 bite-sized chunks of between five and 14km. The longest and most challenging sections are reckoned to take around five hours to cover, the easiest as little as two-and-a-half hours.

One of the most picturesque sections is that between Cala Galdana and Santo Tomas (pictured), which takes in some fabulous virgin beaches.

There are a number of websites dedicated to the subject; just Google Cami de Cavalls… 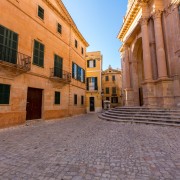 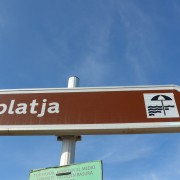 Tourist attractions in Menorca
Scroll to top
We use cookies to ensure that we give you the best experience on our website. If you continue to use this site we will assume that you are happy with it.OKRead more